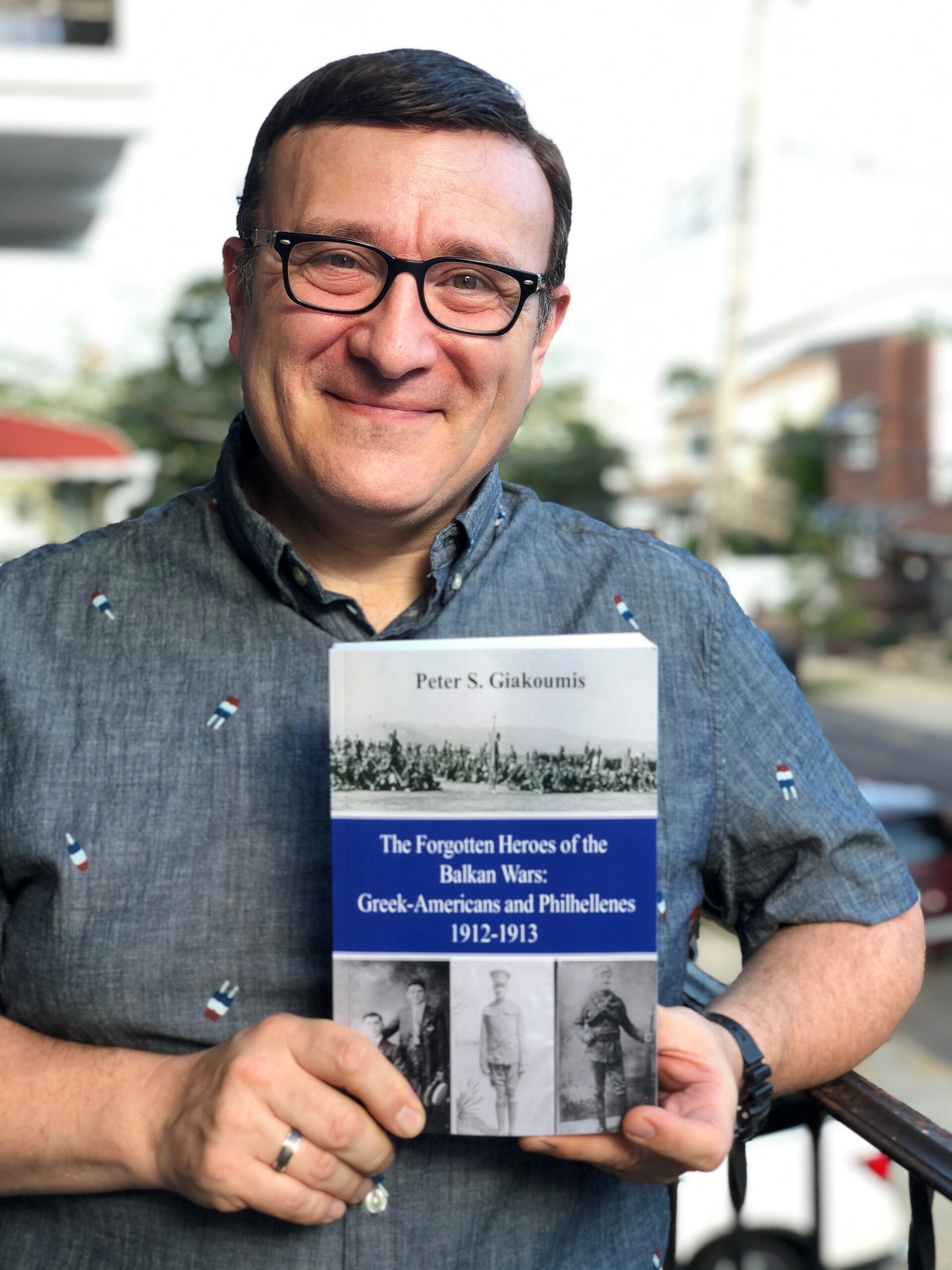 The Hellenic-American Cultural Center & Museum pleased to have welcomed author Peter S. Giakoumis to a virtual conversation about his book ‘The Forgotten Heroes of the Balkan Wars: Greek-Americans and Philhellenes 1912-1913’ (Available at Annie Bloom’s Books, Powell’s Books, Amazon Kindle) on March 20th, 2021.

The Balkan Wars of 1912-1913, the precursors to WWI, have been all but forgotten. The Greek-American and Philhellene contributions are overlooked, and yet their efforts and participation are part of the greatest untold stories, until now. Historian Peter S. Giakoumis, presents for the first time the unique perspective of the Greek-American and their supporters. Using contemporary newspaper reports, letters from the front, official narratives, and private archives, their story is now resurrected and gives those heroes and heroines their rightful place in history.

PETER S. GIAKOUMIS is a military historian and researcher with extensive studies on many different periods of Greek history, his main focus is on the Greek Americans of the early twentieth century. Mr. Giakoumis is a former Captain, Army Division, New York Guard, he is the Vice President of Byzantine Crown Productions a history based Production Company that promotes the accurate portrayal of Hellenic culture in their projects. He is an active member in the Order of AHEPA. He holds a Master’s degree in Political Science.

SPECIAL OFFER: Purchase a copy of ‘The Forgotten Heroes of the Balkan Wars: Greek-Americans and Philhellenes 1912-1913’, send a photo of you with the book to Peter Giakoumis’ FaceBook page and he will send you a FREE autographed nameplate to attach to your book!