How Athens Got Its Name

The city of Athens, Greece has been inhabited continuously for 3,000 years, and I, a little speck in the course of human existence, was born “Under the Shadow of the Acropolis,” in downtown Athens. 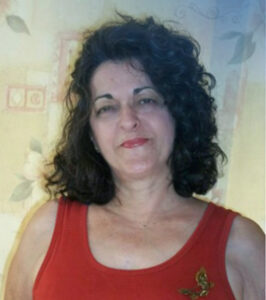 Dr. Effie Piliouni Albrecht was born in Athens, Greece. She attended the Kapodistrian University of Athens, where she got a degree in English literature and the Classics. She studied linguistics at Cambridge University, England and French and German at the lnstitut Francais d’ Athenes and the Goethe lnstitut, Athen respectively. She moved to the United States in 1981 and received a Master’s Degree in Comparative Theater, and a PhD. In Anglo-Saxon and Medieval British Literature at Auburn University, in Auburn, Alabama.

She taught at the same university for 25 years. The classes she taught were Writing, World Literature (due to her multi-cultural perspective and access to several languages), British and
American Literature and Women’s Studies. She retired seven years ago, and she is a full time artist (mosaics) and writer.