Art, “My Passport to People”

Bill Papas’ artistic reputation was established in the sixties and seventies as England’s premier cartoonist and book illustrator. In the early 70s Bill retired from the stress of the news paper work and moved, with his wife Tessa to Ermioni, the village in the Peloponnesus that his father had left in 1900. He was only 43 at the time but claimed it was foolish to retire at 65 as how could one at that age fully “enjoy wine, women and boats”.

Bill & Tessa spent the summers on their sailboat slowly visiting the islands of the Aegean and the lonian and recording their impressions of people and places. Winters were spent preparing for exhibitions in Athens.This exhibition includes pen and ink drawings from that time but most of the watercolors & acrylics were inspired by a visit he made to Greece in 1998.

He felt the series should have been titled “The Vanishing Greeks”; Greece was modernizing rapidly, the cities growing and villages emptying but he still found places where village life continued as it always had … donkey transport, ouzos, retsina and backgammon in the tavernas and everywhere the wonderful welcome, the filoxenia, that Greeks give to strangers.

He, Papas, is a highly distinguished and original artist, whose work, I firmly believe, is not only of significance of its time, but will make an important contribution to the journalistic history of that time.

Bill Papas is a man of many talents, a superb draftsman and one of the world’s most distinguished editorial cartoonists. 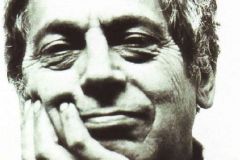 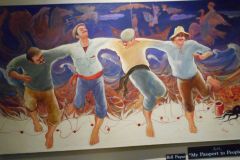 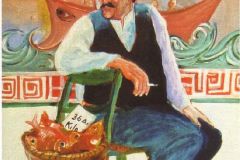 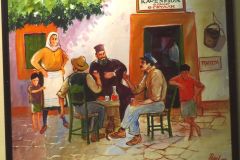 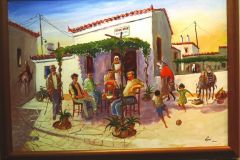 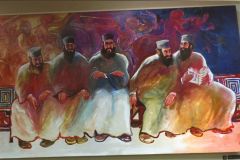 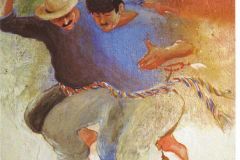